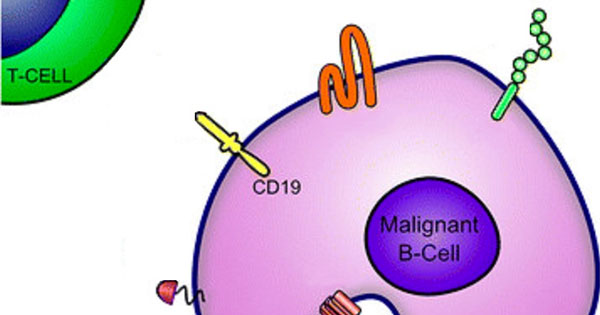 UPDATE: More recent results from the clinical trial that led to this FDA approval were published December 1, 2018, in the New England Journal of Medicine. This post has been updated to reflect the most recent findings.

Last year, FDA approved another CAR T-cell therapy, axicabtagene ciloleucel (Yescarta), for the treatment of diffuse large B-cell lymphoma (DLBCL). CAR T-cell therapy is a type of immunotherapy that involves a one-time infusion of a patient’s own immune cells that have been genetically modified to recognize and attack cancer. Both tisagenlecleucel and axicabtagene ciloleucel target cells—both cancerous and normal—that express a molecule called CD19 on their surfaces.

Tisagenlecleucel was the first CAR T-cell therapy to receive FDA approval. It was approved in 2017 for the treatment of children and young adults with leukemia.

The new approval of tisagenlecleucel is for lymphoma—specifically DLBCL, high-grade B-cell lymphoma, and DLBCL that arises from follicular lymphoma—that has come back or gotten worse after prior treatment.

Tisagenlecleucel “definitely fills an important niche,” said Wyndham Wilson, M.D., Ph.D., head of the Lymphoma Therapeutics Section of NCI’s Center for Cancer Research. “But its impact, at least to begin with, will be limited” because the treatment is completely personalized and available only at certain cancer centers, Dr. Wilson added.

About 60% to 70% of people with DLBCL have lasting responses to their initial therapy. For people whose DLBCL does not respond (refractory disease) or comes back (relapses) after initial treatment, “the ability to cure [these patients] with conventional therapy is very, very limited,” Dr. Wilson explained.

FDA’s new approval makes available another CAR T-cell therapy that “is likely to cure some patients [with DLBCL] who wouldn’t be cured with other available strategies,” Dr. Wilson said.

The new approval was based on results from a phase 2 clinical trial, called JULIET, for people with relapsed or refractory DLBCL who previously had at least two systemic cancer treatments or a stem cell transplant. Novartis, the manufacturer of tisagenlecleucel, sponsored the trial.

Study participants need to be followed for a longer period to determine how long their responses last, Dr. Wilson noted.

“These things can be managed, and we’re learning more about how to do that,” Dr. Wilson explained. “But that doesn’t mean they can’t be severe or life-threatening for some patients.”

FDA approved tisagenlecleucel with a Risk Evaluation and Mitigation Strategy, a drug safety program intended to help reduce the occurrence and severity of treatment side effects like CRS and neurological toxicity. Under the program, health care providers at facilities where tisagenlecleucel is offered must be specially trained to monitor and manage these side effects.

In addition to the potential side effects, tisagenlecleucel is limited in several ways, Dr. Wilson pointed out. Not all people with DLBCL are eligible to receive the treatment or have access to one of the certified treatment centers. And it provides lasting benefits to only a minority of patients.

With FDA’s new approval, eligible patients with DLBCL now have two options for CAR T-cell therapy. For tisagenlecleucel and axicabtagene ciloleucel, the patient’s immune cells are modified in the same way. And the cost of both therapies is about the same. The only way to determine which of the two therapies is more effective would be to compare them head-to-head in a clinical trial, noted Dr. Wilson.

Cancer Research UK thanks Tania Bryer for a decade of fundraising...

Patients With DCIS Reduce Risk Of Recurrence And Death If They...

Reflections from our chief clinician: The essential role of our research...

When He Said His Mother-In-Law Was Going To Live In The...

Managing Cancer Pain: Are Better Approaches on the Horizon?