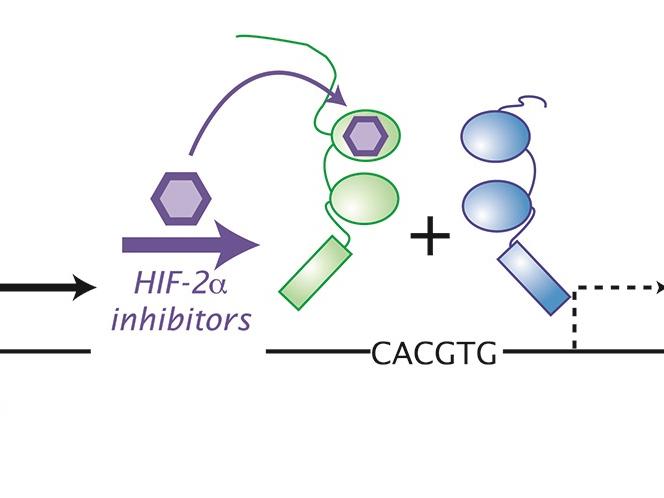 People with the rare inherited disorder von Hippel-Lindau disease (VHL) have an increased risk of developing cancerous and noncancerous tumors in multiple organs, including the kidneys, pancreas, brain, and spine. Doctors typically perform surgery to remove these tumors and prevent cancer from spreading, but with each successive surgery the risk of complications increases.

A new drug recently approved by the Food and Drug Administration (FDA) may help people with VHL avoid or delay surgery by shrinking their tumors.

On August 13, FDA approved belzutifan (Welireg) to treat adults who have several tumors associated with VHL. Specifically, the drug is approved to treat VHL-associated renal cell carcinoma (a type of kidney cancer), central nervous system hemangioblastomas (a type of noncancerous tumor that forms in the brain or spinal cord), and pancreatic neuroendocrine tumors (a rare type of cancer in the pancreas) that don’t require immediate surgery.

The approval is based on results from a small clinical trial that tested belzutifan in people with VHL-associated renal cell carcinoma, all of whom also had other VHL-associated primary tumors.

After 18 months, nearly half of the participants had kidney tumor shrinkage of at least 30% (a partial response), and a majority of those people’s tumors were still responding after 1 year. Belzutifan also shrank VHL-associated brain, pancreatic, and eye tumors.

“When we first started seeing responses in patients, my knees got weak. I couldn’t believe it,” said W. Marston Linehan, M.D., chief of the Urologic Oncology Branch in NCI’s Center for Cancer Research, who was part of the team that conducted the phase 2 study. “This drug has real potential to revolutionize the management of these patients.”

“This is the first time we have an FDA-approved agent for the treatment of patients with VHL-associated tumors,” said the study’s principal investigator, Ramaprasad Srinivasan, M.D., Ph.D., also of the Urologic Oncology Branch. “Now we can say to some patients, ‘We can give you a drug that may help you avoid surgery.’”

Researching a Path to Treatment

VHL disease is caused by mutations in the VHL gene.

In the early 1990s, Dr. Linehan and his colleagues at NCI identified the VHL gene and discovered that mutations in this gene are also associated with most sporadic (or noninherited) clear cell kidney cancers.

“It took us almost 10 years to find that gene,” he said. “Our goal was to identify this gene, study the pathway, and develop [targeted] therapies.”

Their finding led to a series of additional discoveries that culminated in belzutifan’s development and approval. The first discoveries came in the late 1990s and early 2000s, when William Kaelin, M.D., of Harvard Medical School, and Peter Ratcliffe, M.D., of Oxford University, found that the VHL protein was directly involved in controlling levels of a group of proteins known as HIF. When VHL is missing or not working properly, they showed, HIF proteins can accumulate and cause tumors to grow.

Subsequent studies showed that one specific type of HIF protein, HIF-2α, played a critical role in causing kidney tumors to grow. HIF-2α is a transcription factor, a protein that controls the expression of other genes.

Eventually, researchers at the University of Texas Southwestern found that it was possible to get a drug to bind to HIF-2α and later developed a compound that could effectively block its tumor-promoting activity. That compound became belzutifan.

“People for years said, ‘We can’t find drugs for transcription factors, it’s just not going to work,’” said Dr. Srinivasan. “They were proved wrong by the people who developed this drug. It’s a very clever piece of drug engineering.”

In the clinical trial of belzutifan, 61 patients with VHL who had at least one kidney tumor were given belzutifan, a pill, once a day. The study was funded by Merck, which makes belzutifan.

After 18 months, 49% of the participants had a partial response. “The magnitude of tumor shrinkage was very, very clear and very pronounced,” said Dr. Srinivasan. “And if you look, the tumors keep shrinking with time.”

Belzutifan also shrank tumors in the pancreas, brain/spine, and eyes.

“We had shown that in VHL-associated kidney cancer, HIF-2α is very important. We hoped it would also be important in the brain, pancreatic, and eye tumors,” Dr. Linehan said. “But until we did the clinical trial, we didn’t really know. So we were just thrilled to see those responses there.”

Dr. Srinivasan pointed out that a partial response is a good response. “Would I be happy with a complete response and not have any new tumors come up? Absolutely,” he said. But completely eradicating tumors isn’t required “to make a significant impact on the patient’s clinical outcomes,” he continued. Patients can avoid surgery for many years “if we can take a tumor and, instead of three centimeters, we can get it down to one and half centimeters and keep it there.”

Side effects of belzutifan were mild and included fatigue, headaches, dizziness, and nausea. The most frequently observed side effect, which 90% of patients experienced, was anemia.

“Anemia is the most common side effect because the HIF-2α inhibitors block the pathway that’s necessary for making blood cells,” explained Dr. Srinivasan.

Nevertheless, “this is a relatively easy drug [for patients to tolerate], and it also should be an easy drug to combine with other drugs,” said Dr. Linehan.

But that doesn’t mean the story of belzutifan is done. In fact, it’s just beginning, Dr. Srinivasan said.

“We need to understand a lot more about this drug,” he said. “We need to see how long we can treat people with belzutifan, and what’s the best way to give it.” Should patients get it continuously? Should they take belzutifan for a while and stop and then start again? For patients whose tumors don’t respond, could doctors combine belzutifan with another drug? Or perhaps the patients need a higher dose of the drug. “These are the kinds of questions that science will help us answer,” Dr. Srinivasan said.

A phase 3 trial is underway to evaluate the effectiveness of belzutifan in treating patients with clear cell kidney cancer not related to VHL that has spread, or metastasized, beyond the kidneys.

Dr. Linehan said he hopes the drug will one day be approved by FDA for other VHL-associated tumors, such as eye tumors. “We’ve still got a lot more work to do, but we’re thrilled about the opportunities that we have going forward,” said Dr. Linehan. “There’s little doubt that this drug will dramatically alter the need for surgical intervention in these patients and give them a much better life.”

Rationale Explained for Granting EMA Authorisation for Extended Use of Nivolumab...

T-DM1 Approval Expanded to Include Some Women with Early-Stage HER2-Positive Breast...

Wine Racks and the Mystery of Survival

How serendipity sent this oncologist in search of a cure for...

Should alcohol marketing be dropped from televised sport?

Can we grow the treatments of tomorrow? – That Cancer Conversation