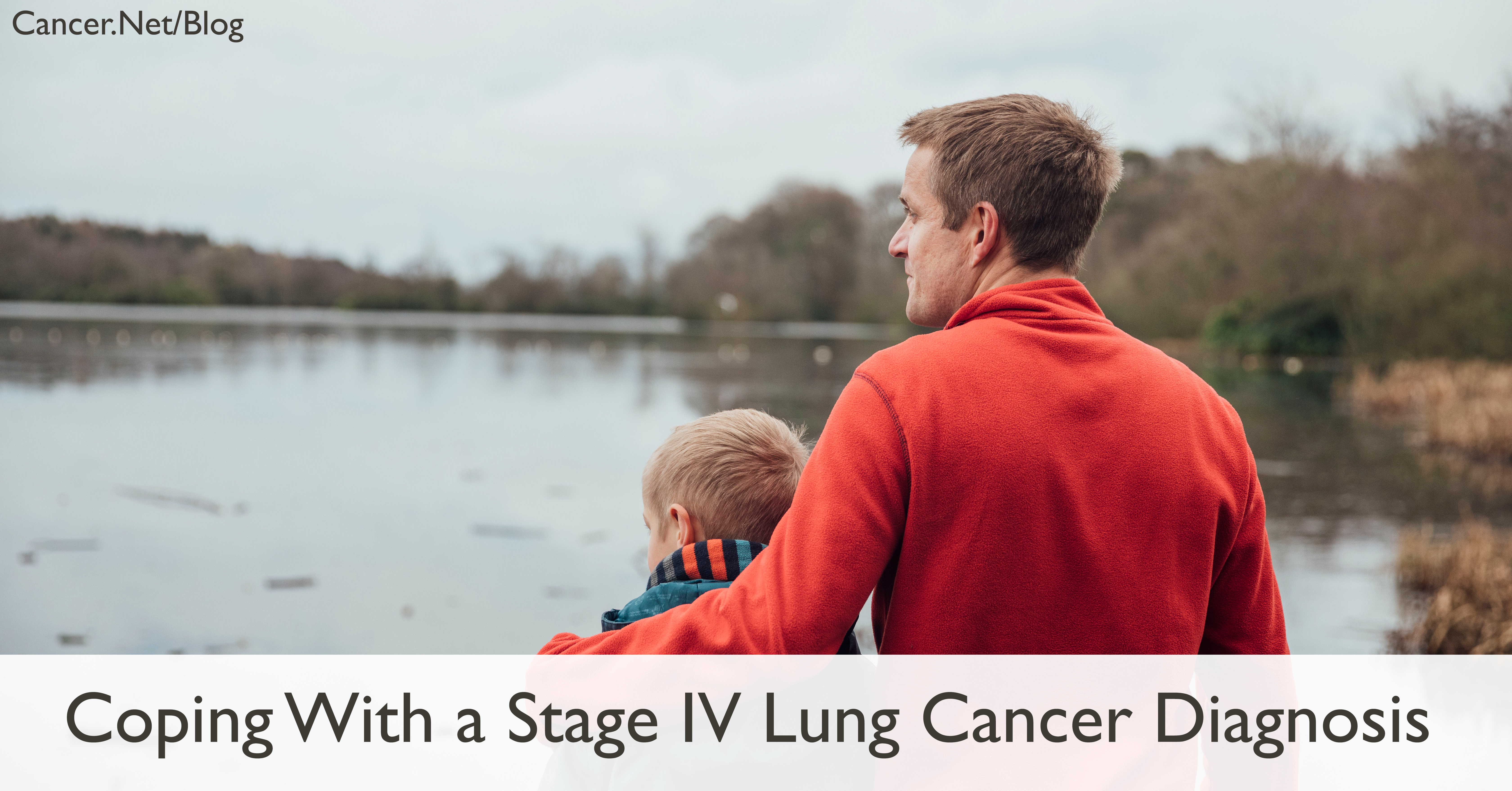 This post was first published on The ASCO Post, October 25, 2021. It has been edited for content. The ASCO Post, in partnership with the American Society of Clinical Oncology (ASCO), communicates news of evidence-based multidisciplinary cancer care to a broad audience of oncology professionals and ASCO members.

Mr. Sierawski lives with his wife, Kathryn, in Omaha, Nebraska.

The first indication I had stage IV lung cancer was a persistent cough during the beginning of the cold and flu season in the fall of 2013. I was 35 years old, never smoked, and in otherwise excellent health, so I ignored the cough for several months until I noticed my breathing had also become more labored. A chest x-ray showed a partial collapse of the lower lobe of my left lung, which my primary care physician said could be the result of pneumonia. He recommended deep breathing exercises over the next month to increase my lung capacity and then took another chest x-ray to monitor my progress. The second image showed the condition was worsening, and I was sent to a pulmonologist for additional testing.

By now, the coughing had been going on for 6 months and was becoming disruptive. Finally, a computed tomography (CT) scan of my chest detected a mass in my left lung. A bronchoscopy, which is a test used to see inside of the lungs, later confirmed the presence of a tumor, and my doctor referred me to a thoracic surgeon.

Going for a cure

After meeting with the surgeon, my wife and I decided to get a second opinion. We knew that despite my age and otherwise good health, we were probably facing a lung cancer diagnosis and wanted to know exactly what our options might be if the tumor was malignant. After getting feedback from a friend of ours insisting we should not waste any time, we made the trip to Rochester, Minnesota, for an evaluation at a medical center there. I believe that decision may have saved my life.

Following a series of imaging scans, another bronchoscopy, and finally a biopsy of the tumor and cancer genome sequencing, I was diagnosed with anaplastic lymphoma kinase (ALK)-mutated non-small cell adenocarcinoma, which is associated with specific features, including a nonsmoking history and younger age. A full battery of tests later, including positron emission tomography (PET) scans to identify areas of suspected spread, CT-guided biopsies to verify spread, and magnetic resonance imaging (MRI) of my brain and spine, it was determined that the cancer had spread to a rib, part of my spine, and several lymph nodes, although, thankfully, not to my brain.

My wife, Kathryn, is a nurse, so we knew what stage IV lung cancer meant and that the prognosis is pretty grim, with a meager 5-year survival rate of just 7%. But I’m an optimist and have a positive attitude that keeps me from imagining the worst-case scenario, so I didn’t see the Grim Reaper looming over my shoulder. I was just thinking, “Okay, what are our next steps? What do we have to do to fix this problem?”

It also helped to hear my oncologist say, “We are going for a cure. You are 35 with no other risk factors. We are considering every treatment to get you cancer-free.”

Because the tumor harbored ALK rearrangements, my initial treatment was with a targeted therapy that reduced the size of the tumor in my lung. That enabled me to have a lower lobectomy, which is a surgery to remove an entire lobe of the lung, to remove the primary cancer and completely resolved the metastases in my bones and lymph nodes. The cancer did, however, eventually spread to my brain, which was successfully treated with radiation therapy. To prevent recurrence, I was treated with another targeted therapy, which I’ve been taking for 5 years. So far, I remain cancer-free.

Staying in the moment

As I’ve already stated, I’m an optimist, but I’m also a realist. I know I may have a shorter life span than my healthy peers, and that awareness is a great kick in the pants to get in the game of life. Cancer has been a reminder to live my life to the fullest because I don’t know when it will end or whether my death will be from cancer, another disease, an accident, or old age.

I’m comforted by the fact that my wife has a great family support system and is a strong human being, so I don’t worry about her ability to carry on without me. I do have 3 young sons, ages 13, 11, and 9, and would like to see them grow into adolescence and adulthood, but I’m not thinking that far ahead. I’m just enjoying being with them and staying in the moment.

Being a cancer survivor has given me an appreciation for the tremendous work researchers are doing in finding more effective treatments to keep people with advanced-stage disease like mine living longer, high-quality lives. It has also introduced me to a whole new way to impact the lives of others going through what I’ve gone through.

When I was first diagnosed, I remember saying to my wife that I have led a charmed life. I never really had a cross to bear, and if cancer is my cross to bear, let’s make the most of it. So, I’ve become a member of LUNGevity’s Survivor Advisory Council and a mentor to other lung cancer survivors. The LUNGevity Foundation had been a great resource for me when I was first diagnosed and looking for reliable information about my type of lung cancer. I want to give back to this community of researchers and survivors who have given so much to me.

Although I don’t want cancer to define who I am now, I can’t deny that the disease has changed my life and refocused it. I live more fearlessly and fully now. I’m a survivor.

Cancer in My Community: Striving to Lead People to Cancer Care...

Population Mortality from NSCLC in the US Fell Sharply Due to...

Accepting Help During Cancer Is Hard, But It Can Benefit You...