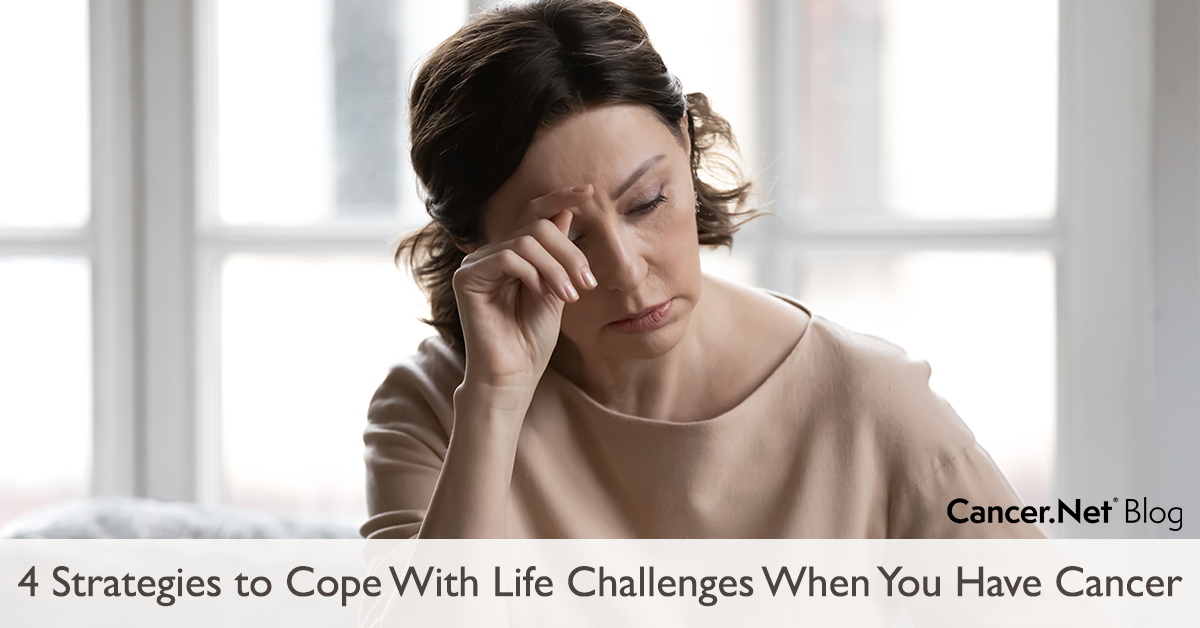 Rosie Mankes is a life coach, motivational speaker, and author of Find Your Joy and Run With It, a memoir about overcoming her second battle with cancer, the transitioning of her mother into an assisted living facility, and the unexpected loss of her brother, all within 1 year. Rosie’s emotional recovery inspired her to become a life coach to help people pull through life challenges.

I wish that a cancer diagnosis could come with the ability to hit “pause” on other life challenges, so we can focus on one thing at a time. Unfortunately, that’s just not how life works, which is something I know firsthand.

Between September 2015 and September 2016, my life felt like a battlefield. I was diagnosed with breast cancer—my second cancer diagnosis—and had to undergo a bilateral mastectomy, which was extremely traumatic for me. On top of that, my mother’s dementia worsened to the point where I had to transition her into an assisted living facility. Then, just when I thought things couldn’t get any worse, my brother died unexpectedly from a senseless accident.

My closest friends didn’t think I could come back from everything that happened that year. I didn’t either. I was overcome with paralyzing anxiety about what the future might have in store for me. Even though I used to be a very sociable person, I started dreading social interactions because I would have to talk about how I was doing and what was new in my life. I would have to relive my story in every interaction.

And yet, more than 6 years after the end of my ordeal, I’m still standing. In fact, I feel more alive than I was before my year of losses. So, how did I get here?

1. Being realistic about what I could take on

I grew up in an Italian family in which family bonds are everything. In my family, it was expected that you take care of your elders instead of putting them into a care facility. So when my husband and I realized that my mother’s dementia and other health issues had progressed to the point where she needed to be cared for around the clock, the idea of transitioning her to an assisted living facility was a very difficult reality for me to accept.

During this transition, my mother gave us a tremendous amount of pushback, and it broke my heart. But I had to accept the fact that, after my cancer diagnosis, I was not well enough to care for her on my own. I had to practice self-care, which, prior to that year, I never knew existed. I had to work through a lot of guilt. But after a difficult period of adjustment, thankfully, my mother finally accepted this new arrangement.

When living with cancer, I learned that putting yourself first is not selfish. Rather, it’s an important act of self-preservation. I realized that I couldn’t be there for other people if I couldn’t learn to be there for myself, first and foremost.

When my life appeared to be falling apart, just getting out of bed was a challenge. I realized I needed to define what happiness meant for me because at the time, I wasn’t happy. So, one day, I decided to write down 5 things that could make me happy. I came up with a really basic list. They were simple things, like enjoying my morning beverage and watching a sunset. Then, I turned these things into affirmations so I could incorporate them into my life.

I also looked at things I gave up during that awful year. For example, I had stopped turning the radio on because I couldn’t fathom listening to a happy song. But music was always important to me, and I realized I probably needed it more than ever before. So I started listening to songs that reminded me of a simpler time, like my teenage years, and incorporated them into my daily life.

When I was dealing with a tremendous amount of anxiety, the number 1 tool that helped me recover was my discovery of mindfulness. My busy brain was not a good place to be at the time. So getting out of my head and bringing my attention to my whole body allowed me to quiet the anxiety of what the future might bring. I found that when I practice mindfulness, the future doesn’t matter. The only thing that matters is the present.

Through my practice, I was able to find something joyful in every single day of my life. Recovery happens 1 step at a time. My mindfulness practice helped me move at my own pace through this process, focusing on the “here and now” instead of the “what ifs.”

Finally, when I was able to cope using the toolkit I had assembled, I found myself able to help others as they went through similar journeys. It started with a friend of a friend who was also living with breast cancer. She had the same concerns I had a few months earlier, and I was able to genuinely tell her, “It does get better.” And as I told her this, a major shift occurred within me: I started believing it for myself. It does get better.

I found that talking to a fellow cancer survivor was a very powerful way to heal. And as I kept doing it, it turned into a special calling. I realized this was, somehow, what I was meant to be doing all along. And now, it’s what I do for a living. Helping others go through their challenges has truly imbued my life a meaning I had never even guessed at before.

These tools are what helped me move from hopelessness and despair to emotional wellness. Everyone develops their own tools along the way, based on their passions and their strengths. I hope you find yours and that my story of recovery has given you hints about what yours might look like.

The author has no relevant relationships to disclose.

Why People With Cancer Need to Be Taking Care of Their...

Getting through the Holidays-With a Little Help From Oncolink

Cancer Patient’s Appetite Increases And His Blood Pressure Lowers After A...