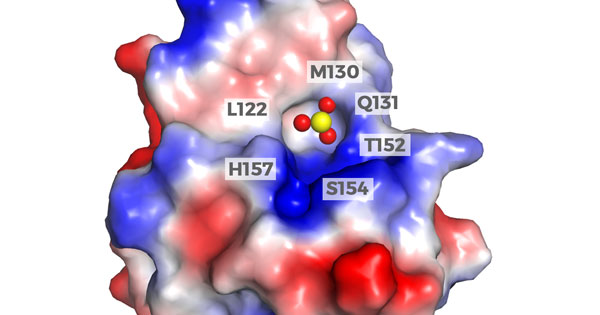 A two-drug combination commonly used to treat a type of leukemia blocks an enzyme that has a central role in breast and many other cancers, a new study has found.

The drug combination, arsenic trioxide (Trisenox) and tretinoin (also known as retinoic acid), has essentially turned acute promyelocytic leukemia (APL) from a fatal disease into a curable one. But the mechanism by which it kills cancer cells has been a mystery.

The findings are “an interesting launching pad for further investigation,” said Joanna Watson, Ph.D., of NCI’s Division of Cancer Biology, which helped fund the study.

The combination treatment slowed the growth of several different laboratory models of breast cancer, the researchers reported. Their findings, published August 9 in Nature Communications, provide the rationale to test the drug combination in a clinical trial of women with breast cancer, said Dr. Lu.

Pin1 is overactive in many different types of cancer, including breast, lung, prostate, and colon cancer. It is also found at higher than normal levels in breast cancer stem cells—specialized cancer cells that are thought to be responsible for tumor initiation, growth, metastasis, and drug resistance.

On the other hand, mice that lack Pin1 are protected from developing cancer even in the presence of cancer-causing mutations in other genes.

Because arsenic is often combined with retinoic acid to treat APL, the researchers wanted to know if arsenic also targets Pin1. But rather than studying APL, they focused on triple-negative breast cancer because this aggressive disease has a poor prognosis and is not effectively treated with targeted therapies.

Arsenic and Retinoic Acid Work Together

Next, the researchers examined the effects of combining arsenic and retinoic acid in cell and mouse models of triple-negative breast cancer.

Treating cells or mice with arsenic or retinoic acid alone lowered Pin1 levels and slowed cell growth. But the combination of the two drugs had an even greater effect. The combination also prevented Pin1 from altering the levels of certain proteins that control cancer growth, producing effects that are similar to those of inactivating the Pin1 gene in breast cancer cells.

The combination showed synergy, meaning that the resulting effect “is above and beyond what you would expect by just adding the two [drugs] together,” explained Dr. Watson.

These results suggest that, in addition to inhibiting Pin1 directly, retinoic acid increases the amount of arsenic in cells by boosting the level of this transporter, Dr. Lu explained. The arsenic then further inhibits Pin1.

He added, this also implies that when used in combination with retinoic acid, a lower concentration of arsenic could achieve the desired effect—potentially reducing the side effects of arsenic, which is extremely toxic at high doses.

Dr. Lu’s team found that, to a greater extent than either drug alone, the combination of arsenic and retinoic acid eliminated triple-negative breast cancer stem cells. The effects of the combination treatment were similar to those of inactivating the Pin1 gene in breast cancer cells, they found.

It had long been thought that arsenic’s main target was a fusion protein that is found only in APL, and there were doubts that the drug would be effective against other types of cancer, despite some evidence of activity. In their earlier study, Drs. Lu and Zhou and their colleagues found that retinoic acid targets this fusion protein by inhibiting Pin1.

“Identifying Pin1 as the major target of arsenic will hopefully stimulate clinical trials for other [types of] cancer,” Dr. Lu said.

The researchers hope to develop a clinical trial to combine arsenic with the standard therapy for women with triple-negative breast cancer. And because their findings show that arsenic’s activity depends on the expression of Pin1 and its transporter, Dr. Lu said they want to select patients whose cancers express both proteins.

As for retinoic acid, it is normally broken down quickly inside the human body. To enhance its ability to reach solid tumors, the team is interested in developing a more stable form of retinoic acid. If such a form can be created, it could potentially be combined with arsenic in clinical trials, Dr. Lu said.

Another advantage of having learned one mechanism of arsenic’s anticancer activity, said Dr. Watson, is being able to develop new drugs that potentially target Pin1 more efficiently and with fewer side effects than arsenic itself. The research team is also working to develop a targeted drug that blocks Pin1 activity.

Dr. Lu noted that because Pin1 controls multiple pathways that contribute to cancer development, cancer cells might be less able to develop resistance to drugs that block Pin1’s activity—something that often occurs with targeted therapies that attack a single pathway.

Beloved Jeopardy! Host Alex Trebek Has Passed Away After Battle with...

Impressive Responses to PD-1 Blockade in a Large Cohort of Children...

Cancer in children and young people: how far we’ve come