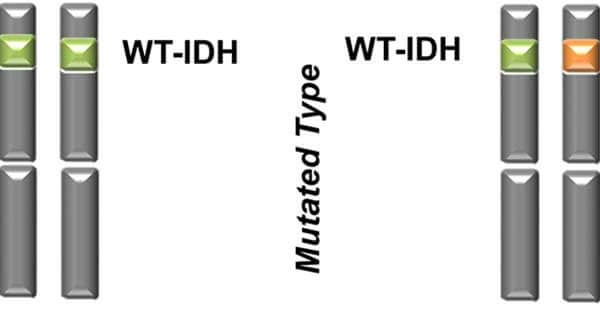 UPDATE: On May 2, 2019, FDA expanded its approval of ivosidenib (Tibsovo) for adult patients with acute myeloid leukemia (AML) that has a mutation in the IDH1 gene. Under this expanded approval, ivosidenib can be used to treat newly diagnosed patients age 75 or older or those with other health conditions, or comorbidities, that would preclude them from receiving the intensive chemotherapy that is a standard initial treatment for AML.

Side effects in newly diagnosed patients were similar to those in patients with relapsed or refractory disease.

On July 20, the Food and Drug Administration (FDA) approved ivosidenib (Tibsovo) for the treatment of adults with acute myeloid leukemia (AML) that has a specific mutation in a gene called IDH1. The approval covers patients whose AML has returned after earlier treatment (relapsed) or has not responded to standard therapies (refractory).

Ivosidenib is a tablet that patients take orally once a day.

FDA also approved a companion diagnostic test called the Abbott RealTime IDH1 assay, which can identify patients with IDH1 mutations who may benefit from ivosidenib. Approximately 6% to 10% of patients with AML have the specific IDH1 mutation.

Last year, FDA approved an oral drug that inhibits abnormal forms of the IDH2 protein in patients with AML. The drug, enasidenib (Idhifa), was the first IDH2 inhibitor approved for AML, and there is a companion diagnostic test to identify specific mutations in the IDH2 gene.

Both enasidenib and ivosidenib are molecularly targeted therapies for AML that were approved based on the results of single-arm phase 1 studies, noted Roland Walter, M.D., Ph.D., an AML specialist at Fred Hutchinson Cancer Research Center in Seattle.

In these trials, the effectiveness of the drugs and their side effect profiles were “virtually identical,” Dr. Walter said. He noted that the effectiveness of the drugs was measured by the proportion of patients achieving morphologically-defined remission, which means they had less than 5% myeloblasts in the bone marrow and either a full or partial recovery of blood counts, and the durations of those remissions.

Dr. Walter cautioned, however, that more research is needed to compare enasidenib and ivosidenib with salvage therapy (treatments that are used when other therapies for AML fail).

“There are currently no comparative data available, and it is not clear whether—and to what degree—treatment outcomes are better with these molecularly targeted therapies compared with conventional salvage therapy,” he added.

Testing an IDH1 Inhibitor in Patients with AML

FDA’s approval of ivosidenib was based on results from 174 patients with relapsed or refractory disease in a clinical trial for adults with AML whose blood or bone marrow had a mutation in the IDH1 gene. Agios Pharmaceuticals, the maker of ivosidenib, funded the trial.

With a median follow-up of 8.3 months, following treatment with ivosidenib, nearly a third of the patients (32.8%) experienced complete remissions. The median duration of response was 8.2 months.

Of the 110 patients who needed transfusions of blood or platelets when they began the study because of their AML, 37.3% went at least 56 days without requiring a transfusion after treatment with ivosidenib, according to FDA.

Additional results from the trial appeared in the New England Journal of Medicine on June 21.

Common side effects of ivosidenib included fatigue, increase in white blood cells, joint pain, diarrhea, shortness of breath, and swelling in the arms or legs. Approximately 19% of patients experienced a side effect called differentiation syndrome, which includes fever and respiratory distress and can be fatal if not treated.

Physicians will have to become familiar with the side effects of this drug, such as differentiation syndrome, noted Dr. Walter. “There is still much to learn about ivosidenib and enasidenib, including how best to combine these drugs with others,” he added.