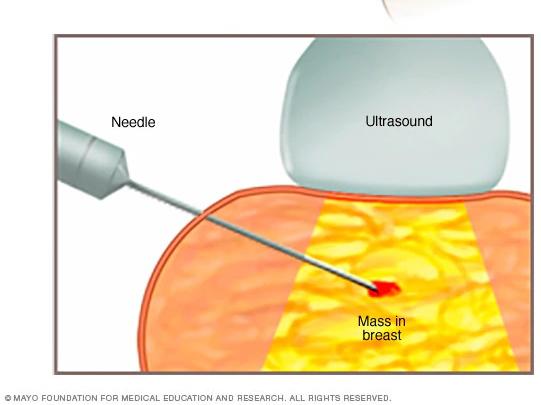 Analyzing tumors for genetic changes can provide important information, such as whether a patient is a candidate for a specific targeted therapy, and is an important aspect of treatment for a growing number of cancers. But tumor biologists are increasingly coming to understand the value of integrating multiple layers of information beyond DNA changes to understand how tumors function, including more detailed information about the proteins in tumor cells.

Now, researchers have developed a way to do combined molecular analyses that uses a much smaller amount of tissue than has previously been possible. Using this “microscaled” approach, the researchers were able to find out why some women with breast cancer responded well to a targeted treatment and others did not.

This approach could be a step toward bringing the analysis of proteins in tumors, known as proteomics, into cancer care, the study authors believe. Until now, proteomic analysis has required too much tissue to be of immediate clinical utility, but in this study the amount of tissue obtained in single core needle biopsies was enough to analyze a tumor’s protein profile as well as its genetic changes.

With core needle biopsies collected from 14 women with HER2-positive breast cancer both before and just after starting treatment, a research team from Baylor College of Medicine and the Broad Institute was able to explain why 5 of those women did not respond to HER2-targeted therapy while the other 9 did.

The findings from the NCI-supported study were published January 27 in Nature Communications.

“This is a very interesting approach,” commented George Sledge, M.D., an oncologist at Stanford University Medical Center who specializes in breast cancer. He expects the approach to draw interest from the wider breast cancer community, especially if it is validated in a larger group of patients across multiple medical centers.

The Business End of the Genome

Cancer is often described as a disease of the genome, meaning that cancer is caused by changes in DNA. The genome provides the instructions for making proteins, and it is proteins that control cell growth and are typically the target of precision drugs.

“Proteins are the business end of the genome, carrying out nearly all key functions in cells, including in cancer cells,” said one of the study investigators, Steven Carr, Ph.D., the senior director of proteomics research at the Broad Institute. But there hasn’t been a way to globally measure proteins and the chemical changes that affect their behavior in a test that could be applied in a clinical setting.

Many types of genetic tests are already being used in the clinic. For example, many targeted therapies have what are known as “companion diagnostics” that are approved to identify the specific genetic alterations in tumors that those drugs act on. And the Food and Drug Administration has approved more comprehensive genomic assays, which Dr. Sledge said are increasingly being used to analyze metastatic cancers.

“The vast majority of drugs go after proteins. To directly analyze the molecule that you’re targeting would be the most effective way to tell if a drug will be effective,” said Henry Rodriguez, Ph.D., director of NCI’s Office of Cancer Clinical Proteomics Research (OCCPR). The OCCPR oversees the Clinical Proteomic Tumor Analysis Consortium, of which the Baylor and Broad teams are members.

Until now, joint analysis of proteins and genetic changes, known as proteogenomics, required “dime-sized pieces of tumor” that were removed during surgery, explained Matthew Ellis, M.D., Ph.D., director of the Lester and Sue Smith Breast Center at Baylor.

By contrast, core needle biopsies are collected in an outpatient setting, earlier in a patient’s care than surgery, to help make a diagnosis and to direct the initial course of therapy. Core needle biopsies contain much less tissue than is removed during surgery, so researchers at Broad and Baylor developed techniques to obtain similar information from these much smaller samples.

When doing proteogenomic analysis on surgical samples, the tissue is typically frozen and then pulverized into powder so that uniform material can be used for DNA, RNA, and protein analysis, explained Shankha Satpathy, Ph.D., of the Broad Institute and member of the study team. But there is not enough tissue in core biopsies to take that approach. Instead, to analyze uniform samples, the needle biopsy tissue was carved into thin slices, which were then shuffled to uniformly mix the slices.

To be able to extract as much information as possible from so little material, the researchers extracted both DNA and protein simultaneously and then labeled proteins in a way that made them easier to detect and classify in a device known as a mass spectrometer. They also combined protein samples in a way that allowed for accurate comparison between samples, the researchers reported.

To be useful in clinical practice, proteogenomic analysis needs to make efficient use of time as well as tissue. Currently, genomic analysis takes 2 to 3 weeks, Dr. Sledge says. The wait can be wrenching for patients, but “the delay is worthwhile if it gives more definitive information and a more nuanced look at treatment options,” he said.

Dr. Carr said he is hopeful that with further development, these proteogenomic techniques will deliver genomic and proteomic results in a similar time frame as genomics alone.

To see how their refashioned approach for proteogenomic analysis might work in a real-world situation, the researchers tested it on tumor samples from women diagnosed with HER2-positive breast cancer who were undergoing treatment with trastuzumab (Herceptin), an antibody that works by binding to HER2 proteins and blocking them from working.

At least one-fifth of patients diagnosed with HER2-positive breast cancer do not adequately respond to trastuzumab, Dr. Ellis explained. Being able to figure out who these patients are would be of great value. Trastuzumab is expensive and can have serious side effects. Plus, giving patients drugs they don’t respond to delays the use of treatments that may be more helpful, he added.

The researchers analyzed core needle biopsy samples taken from a small number of women with HER2-positive breast cancer both before treatment and again 48‒72 hours after trastuzumab treatment was initiated. The researchers found that, with proteogenomic analysis, they were able to explain why some patients responded to the drug and others did not.

In all nine patients who responded to treatment, the researchers found that HER2 protein activity levels were lower after treatment started than before treatment. Among the five patients who didn’t respond, proteogenomics provided important clues as to why. “For example, in two cases, although the tumor cells had HER2 amplification, they had low HER2 protein expression, suggesting a false-positive clinical test,” Dr. Satpathy explained.

Another patient’s tumor did have high levels of HER2 expression, but it also overexpressed mucin, a protein that coats cell surfaces and that may block trastuzumab from binding to HER2 on cancer cells.

Further analysis of that patient’s tumor showed elevated activity of a protein called mTOR. In laboratory tests of breast cancer cells that overexpress mucin and HER2 proteins, combining trastuzumab with everolimus (Afinitor), a drug that targets mTOR, successfully killed the cells.

“In the era of targeted therapy, it is critical to know that a therapy is the right choice and is going to be effective,” Dr. Ellis said.

“These data are in the HER2-positive population, but there is no reason why this proteogenomic analysis approach can’t be applied to others,” Dr. Sledge said, such as women with triple-negative breast cancer and potentially other cancers.