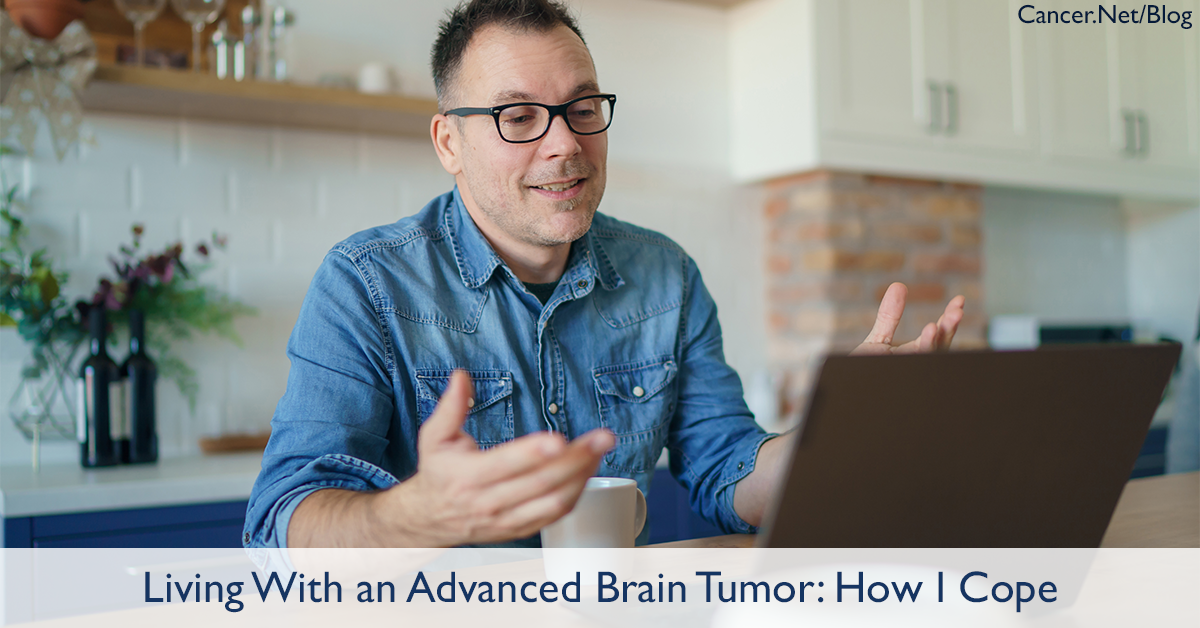 Tom Freeman is an audio technology professional working in Silicon Valley. At night, he is a music and video producer who works with various California artists and develops solo albums. He also produced the Dark Moon motion comic. You can follow him on Twitter and YouTube.

While 2020 was difficult for many people, I was having a pretty good year. I had no reason to complain and was lucky in many ways. Then, during the summer, I started getting headaches, which I usually never got. At first, they only happened at night, so for about a week I tried to relax and get a lot of rest and exercise to see if they went away.

Then, the headaches started happening in the morning, too, and they were bothering me to the point where I could not concentrate at work. So I made a doctor’s appointment. When I went to the appointment, my doctor ordered multiple tests, but nothing abnormal was found. Then, my doctor ordered a computed tomography (CT) scan. I waited in the hallway at the hospital for results, which took longer than I expected. Eventually, a doctor came out and walked me over to the emergency room.

That’s when I learned the CT scan had found what looked like a mass in my brain, and I would need to stay for magnetic resonance imaging (MRI) that night. I was somewhat in shock. I had thought the headaches would either just go away on their own or be easily treatable, but now my whole life had been turned upside down.

That same night, I was told that I had a brain tumor that was likely glioblastoma, a very aggressive type of stage IV brain cancer. I would have brain surgery scheduled in less than 10 days. I took time off from work and began looking into disability insurance for after the surgery.

The wait until my surgery was surreal. Strangely, I was not very fearful, even though I’d never had surgery before. I tried to organize my affairs in life, both personal and financial. The meeting with my surgeon was informational, but I was given difficult expectations for after the surgery even if everything went perfectly. I was told the post-surgery standard treatment plan would include radiation therapy and chemotherapy. Knowing I would have to go through all of this was a low point for me. I felt like my life would never be the same after surgery. I didn’t even know if I would ever feel good or be fully functional again. But I was still fairly at peace with doing my best to fight for my health.

Fortunately, the surgery went extremely well. They were able to get the complete mass out, and I was up and alert 6 hours later. My family and friends couldn’t believe I was already texting them so quickly! I seemed to be fully functional, and by the next day, I was able to walk around a bit, though I was still mostly confined to a hospital bed for the first 3 days.

After that, I was released from the hospital following another MRI and was told to recover at home for a few weeks before any other procedures. That was a strange time, as I had just gone from intensive brain surgery and a few days of recovery to being at home with a massive bandage on my head. I had a few online appointments with oncologists, but I was mostly just recovering at home. I got my balance back and was able to start going on short walks, and I could also get around my house without too much effort. However, I knew that even though the whole mass was removed, this type of cancer could still spread and may come back eventually.

How sharing my story on YouTube helps me cope

Throughout my cancer experience, I turned to the internet to try to find positive stories about fighting the disease. While there were certainly some out there, they were hard to find in comparison with bad news. That’s why I decided to start a YouTube channel. I wanted to share a positive message with people to let them know that there is life after a diagnosis like glioblastoma.

I thought video was a good format for my story because it allowed me to visually show people how good I felt. In many ways, I’m trying to find meaning in this drastic change in my life, and I think starting this YouTube channel and raising money for cancer research is allowing me to turn a difficult experience into something positive. It gives me a sense of order to the chaos of the situation.

Today, I feel really good overall. I have so many moments where I get to enjoy life just as much as before my diagnosis. While there is only a small chance that I will recover completely, I am able to share moments with people and still have a quality lifestyle, even after such a serious cancer diagnosis.

What I learned during my cancer experience is that it’s important to take it slow. It takes a while to recover after surgery and post-surgery treatment, so it’s important to have a support network of family and friends. A cancer diagnosis is also a time to look at what’s personally important to you and to take steps to do those things, while still balancing that with rest, exercise, and other aspects of life. But most importantly, I’ve learned to enjoy every moment as much as I can.

A Subset of Patients with NSCLC Respond Poorly to the COVID-19...

EMA Recommends Extension of Indications for Nivolumab and Ipilimumab

How Does Ovarian Cancer Form? A New Study Points to MicroRNA