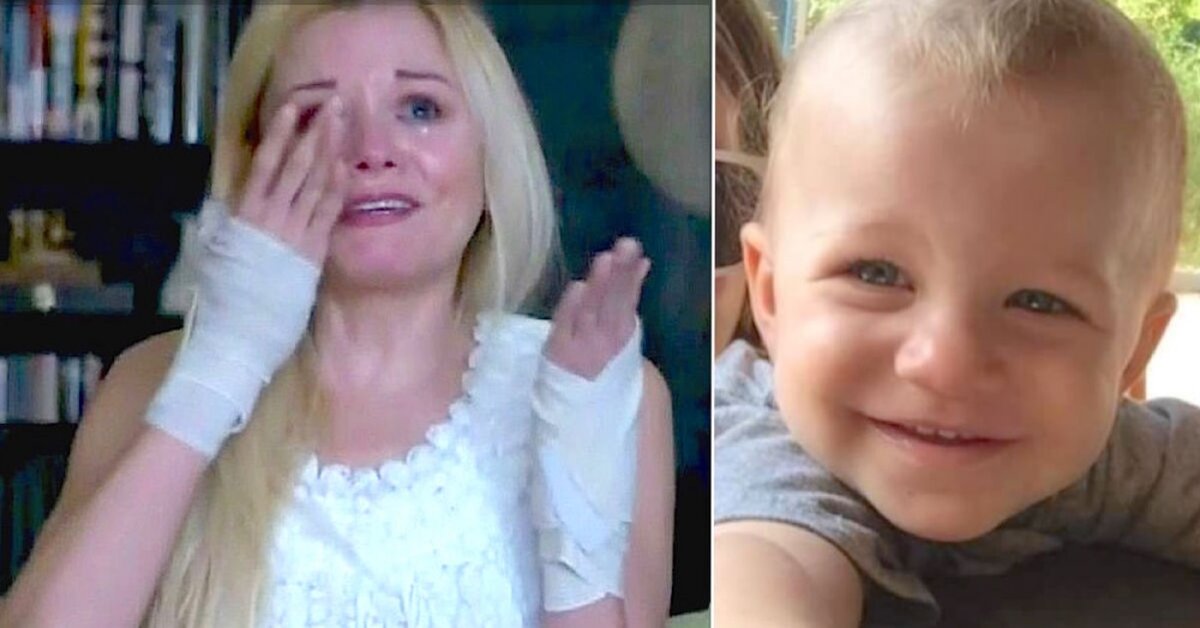 In March 2018, Caroline Maurer strapped 2-year-old Fox into his stroller and took him on a stroll through his Los Angeles neighborhood. Caroline had been Fox’s faithful nanny ever since he was four months old.All of a sudden, a car ran the four-way stop sign and came speeding directly toward Caroline and Fox. Her only priority was the little boy.Caroline knew Fox would take the brunt of the crash since he was positioned in front of her. She screamed bloody murder for the driver to stop while pushing the stroller as hard as she could to get Fox out of harm’s way.In those crucial few moments, Caroline stepped in between the car and the stroller. The front of the vehicle slammed into her, crushing her hands and throwing her backward.Fox was left with minor scrapes and bruises, but Caroline’s act of heroism cost her much more. She suffered serious fractures in her hands, wrists, and arms — but the most gut-wrenching part was the fact her hands were so badly injured she physically couldn’t lift Fox out of the stroller to comfort him.Caroline spent two weeks in the hospital and another two weeks in rehab. Along with a lingering bout of dizziness, her hands were so weak that she had to delay physical therapy.Now she has permanent damage… but Fox’s parents will forever be in her debt for saving his life that day.Footage provided by KTLA Los AngelesProper BCS greatergood_ctg_abovevideoSource

Our COVID-19 Response: How GreaterGood Is Making An Impact During The...

Disease in a dish: Mini-gut organoids and the challenges of bowel...

Heartburn Medications Pulled From Shelves Because They May Cause Cancer

How and When to Wash Your Reusable Cloth Mask and When...

Alcohol linked to more than 740,000 new cancer cases globally in...

Finding Hope During Cancer and Pregnancy: “Your Stories” Podcast