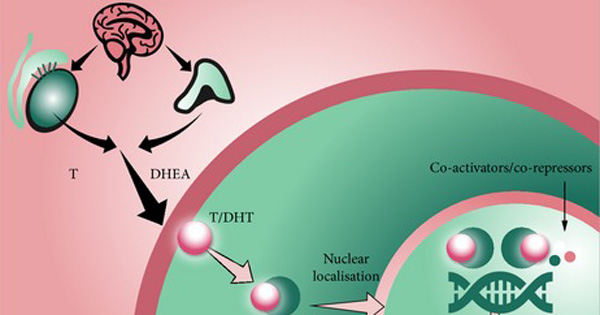 The investigational drug darolutamide can help delay the spread of prostate cancer to other parts of the body in men with nonmetastatic castration-resistant disease, according to results from a large clinical trial. In addition, the drug appears to lack some of the side effects seen with similar drugs used to treat men with this form of prostate cancer, the trial results showed.

Until recently, there had been no effective treatment options for patients with nonmetastatic castration-resistant prostate cancer. These men have prostate tumors that continue to grow even after receiving androgen deprivation therapy (ADT) to keep androgen levels in the body extremely low or undetectable.

But over the last 2 years, two drugs have been approved by the Food and Drug Administration (FDA) to treat this form of the disease and some researchers expect that, based on the results of this new trial, darolutamide may be next.

The darolutamide findings, from an interim analysis of the ARAMIS trial, were published in the New England Journal of Medicine and presented at the American Society of Clinical Oncology Genitourinary Cancers Symposium in San Francisco on February 14.

The incidence of side effects was generally similar between the darolutamide group and the placebo group, noted study coauthor Karim Fizazi, M.D., Ph.D., of the Gustave Roussy Institute, University of Paris, who presented the results in San Francisco.

“This drug has a very favorable safety profile,” said Dr. Fizazi. Compared with placebo, darolutamide was not associated with a higher incidence of side effects such as seizures, falls, fractures, cognitive changes, or hypertension, he noted.

“I am cautiously optimistic that the central nervous system side effects will be less than they are with other drugs in this class,” added Dr. Dahut, who was not involved in the study.

Darolutamide belongs to a class of drugs called androgen receptor inhibitors. In the body, these agents compete with androgens for binding to the androgen receptor, which reduces the ability of androgens to promote the growth of prostate cancer cells.

In 2018, the Food and Drug Administration (FDA) approved both apalutamide (Erleada) and enzalutamide (Xtandi) for men with nonmetastatic castration-resistant prostate cancer.

In the clinical trials that led to the approvals, the drugs were shown to improve the median time from random assignment until the tumor spread or the patient died—known as metastasis-free survival—in men with this form of prostate cancer.

Treatment with both drugs, however, was associated with side effects related to the central nervous system, including fatigue, falls, and cognitive changes.

In both trials, treatment with the respective drugs more than doubled metastasis-free survival compared with men who received a placebo: 40 versus 16 months in the apalutamide trial and 36.6 versus 14.7 in the enzalutamide trial.

The ARAMIS trial, which was sponsored by Bayer and Orion Corporation—the co-developers of darolutamide—included men whose prostate-specific antigen (PSA) levels were rising at a rate that has been associated with an increased risk of metastasis and death in previous studies.

Metastasis-free survival was the primary endpoint of the trial; secondary endpoints included overall survival and the amount of time until a patient’s pain got worse.

The randomized trial included more than 1,500 men with nonmetastatic castrate-resistant prostate cancer who were considered to be at increased risk of having the disease spread to other parts of the body. All participants received ADT plus either darolutamide or a placebo.

“The risk of metastasis or death from any cause was reduced by 59%, and the benefit was consistent across all subgroups, including the subgroup of patients with lower-risk disease,” the researchers wrote.

The median amount of time until a patient’s pain got worse was longer in the darolutamide group than in the placebo group (40.3 months versus 25.4 months).

Darolutamide has a different chemical structure than apalutamide and enzalutamide, which the study authors believe may explain why it has fewer side effects.

There was no detectable difference in the incidence of these side effects between patients treated with darolutamide and those who received a placebo, he added, noting that patients with a history of seizures were not excluded from the trial.

In the trial, fatigue was the only side effect that occurred in more than 10% of participants in either group.

A low incidence of side effects is particularly important for men who do not have symptoms of the disease, Dr. Fizazi noted. The percentage of participants who stopped taking either the drug or the placebo because of side effects was similar: about 9%.

In the coming years, researchers and patients hope to learn more about patient preferences for darolutamide, enzalutamide, and apalutamide.

For example, an ongoing clinical trial is comparing two of these androgen receptor inhibitors—darolutamide and enzolutamide—in men with metastatic castrate-resistant prostate cancer to determine which drug patients prefer based on their responses to a questionnaire. Patients will first take one drug and then the other.

In the meantime, Bayer and Orion have submitted a new drug approval application for darolutamide to the FDA.

Sugar and cancer – what you need to know

Safety Analysis Shows that Durvalumab Treatment After SBRT Is Feasible in...

Telehealth-Based Cancer Care Surged during COVID. Will It Continue?

Check Out An All New GreaterGood.Com And Our Renewed Commitment To...

A peek behind the scenes: Just how are our funding decisions...