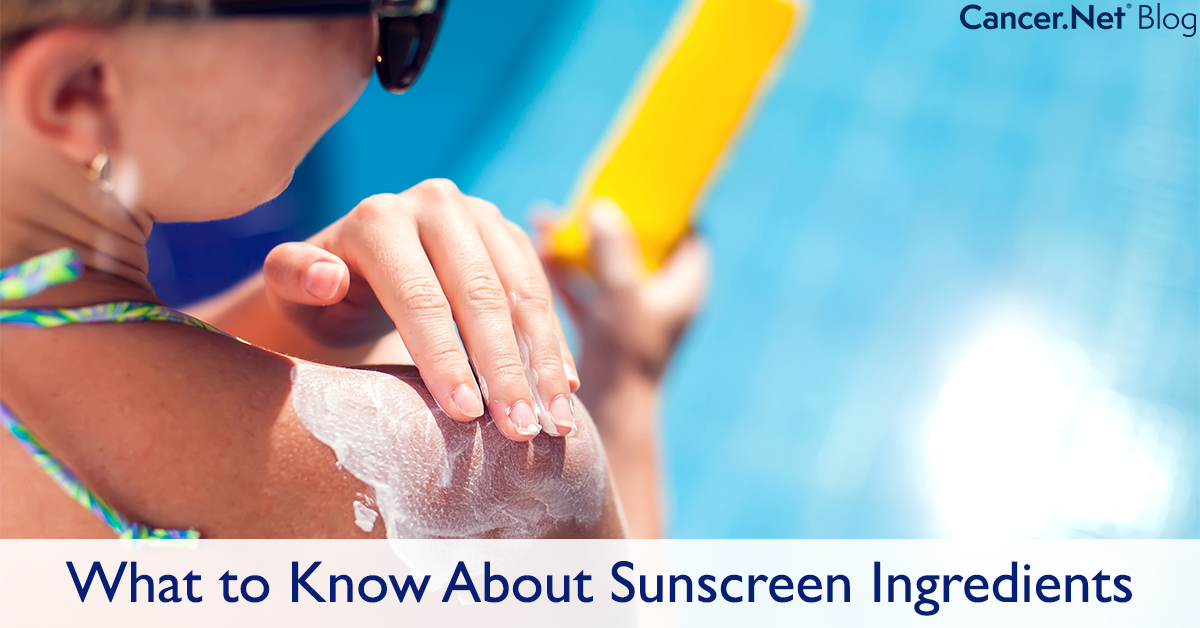 Sunscreen is a proven, important measure in protecting against skin cancer, which is the most common form of cancer in the United States. But you may have seen recent headlines questioning whether certain ingredients in sunscreens may pose their own health risks.

Here, learn where the controversy around specific sunscreen ingredients stems from, how the U.S. Food and Drug Administration (FDA) regulates sunscreen safety, and why it’s still so important to take sun protective measures, including wearing sunscreen.

How do sunscreens work?

Sunscreen contains active ingredients that protect the skin from UV radiation, and their effectiveness makes them one of many critical tools for preventing skin cancer. A large-scale study in the Journal of Clinical Oncology of more than 1,600 people in Australia over 15 years found that regularly applying sunscreen reduced skin cancers when compared to not taking this step.

Why are people talking about possible health risks of sunscreen ingredients?

“Right now, there is a lot of controversy and a lot of discussion,” says Henry Lim, MD, chair emeritus of the department of dermatology at Henry Ford Hospital in Detroit, Michigan. Dr. Lim says he worries the controversy could discourage the overall use of sunscreen, despite the overwhelming benefit of sunscreen in preventing skin cancer.

Beyond human health, the detrimental effects of 2 sunscreen ingredients, oxybenzone and octinoxate, on coral reef ecosystems prompted Hawaii to ban the sale of sunscreens with these ingredients in 2021. “The 2 most controversial ingredients are oxybenzone and octinoxate, mainly because they have been studied the most,” says Dr. Lim, adding that mineral sunscreens containing titanium dioxide or zinc oxide are less controversial.

What is being done to determine the safety of sunscreen ingredients?

In a proposed rule in 2019, the FDA placed 16 active ingredients found in many sunscreens into 3 categories:

In addition, the National Academies of Sciences, Engineering, and Medicine has also created a committee to examine the environmental effects and the public health issues associated with sunscreens.

Meanwhile, as part of the March 2020 Coronavirus Aid, Relief, and Economic Security Act (CARES Act), the FDA is taking steps to improve the safety, quality, and effectiveness of sunscreens. In September 2021, they issued a proposed order that addresses requirements for product labeling, maximum sun protection factor (SPF) in sunscreens, broad-spectrum sunscreen requirements, and other issues. Broad-spectrum sunscreen protects against both UVA and UVB radiation.

What can people do now to protect themselves from skin cancer?

Wearing sunscreen during the day is one of several important habits to lower the risk of melanoma and other skin cancers. Sunscreen should be used on the exposed areas of skin, and the FDA recommends using a broad-spectrum sunscreen with an SPF of 15 or higher. It also recommends reapplying at least every 2 hours.

While ingredients in sunscreens continue to be studied, you should continue using all the tools of sun protection to prevent skin cancer. Other habits include:

Talk with your doctor if you have concerns over specific ingredients and ask about which sunscreens are recommended for you and your family.

A College Senior vs. A Global Pandemic

For Women With Dense Breasts, An MRI May Be A Better...

2020 round-up: Our biggest cancer stories of the year